The epidemic has made 2020 an unusual year, but the pace of Kuntin Group’s efforts to promote industrial development has remained unhindered. In a challenging first quarter, the Group has been working with the Jiaxing Pinghu Economic Development Zone and customers to overcome these struggles and once again has brought wonderful news.

On March 10, just after successfully landing an EU-US manufacturing company in the Kuntin Pinghu Intelligent Park in February, Kuntin Group introduced one of the world’s top ten auto parts companies, Lear Corporation, to settle in the Pinghu, Jiaxing area. During these hard economic times affected by the epidemic, the Group is actively exerting its international investment ability and has introduced two international leading companies to Pinghu, Jiaxing within two consecutive months, fully proving the strength of the Group in serving leading companies and international enterprises.  This trust put into the Group’s professional abilities also reflects the international confidence in China’s economic development!

Lear is a global leader in automotive interior, as well as electrical and electronic technology. It ranked 147th in the US Fortune 500 in 2019. Due to its rapid development, it was named the "Most Popular Company in the United States" in the auto parts industry by Fortune Magazine 2019.  The Lear Pinghu Project is expected to be operational by the end of June, 2020. 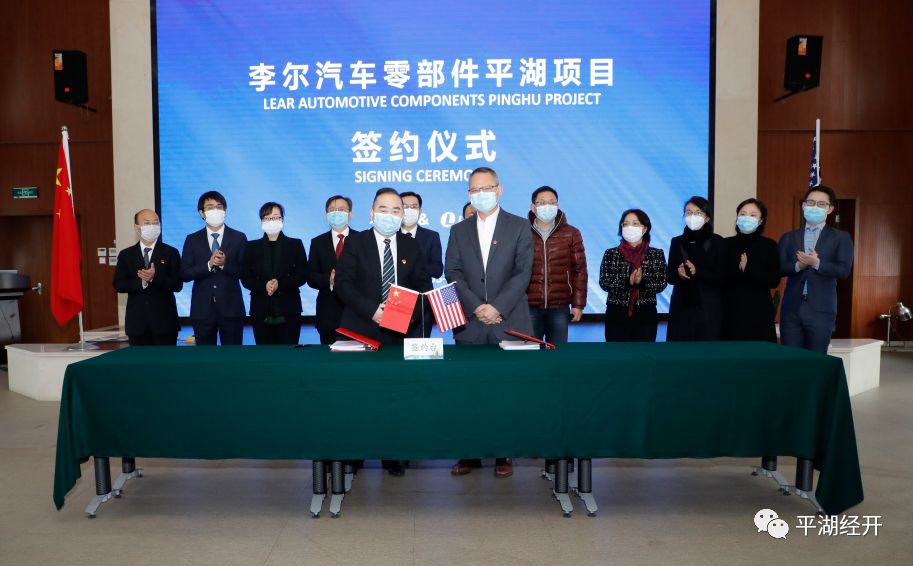 Kuntin Group’s desire to fulfill its duties and goals grows along with customer’s trust in the Group.  In the future it will make better use of its rich industrial experience, provide increasingly efficient and high-end comprehensive services to ensure the development of more companies like Lear in China.   This effort in turn will contribute more power to domestic industrial agglomeration.